National German Exam files
Posted by Mr. Kandah at 2:26 AM No comments:

Deutsch 4
Test on Kapitel 4 - Wednesday - powerpoint review of main points on test
Posted by Mr. Kandah at 5:56 PM No comments: 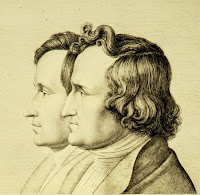 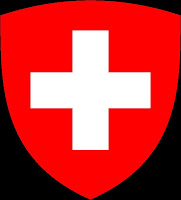 AP German
Der Rosenstock - Kapitel 3
Posted by Mr. Kandah at 2:29 AM No comments:

Deutsch 1
Preliminary Checklist for Collage Project - due Wednesday!!
Online Quiz for telling time - try it out!!!
Try out this little quiz on German cities I created!
Yet another quiz, experimenting on a Saturday morn!
Kapitel 3A Study Guide
Was gibt's im Fernsehen? Conversation
ARD German Television Station
ZDF German Television
Fernsehskit - Parameters with a tv guide from ZDF
Homework - Read and Study pages 72-83; write out exercises #13, 14, 20

AP Deutsch
Nosferatu - pics
Posted by Mr. Kandah at 6:46 AM No comments:

Please turn pay this week for the National German Exam - $5
Check out the Enloe Deutschverein Website for information on the T-Shirt design. Dues are due also! 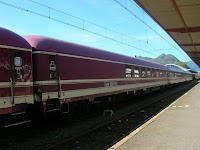 Students - to the right is a link to a study log sheet which you can use to garner extra points. Read it, adhere to it. These are always due on the after the final day is completed
Tutoring Notice - distributed this week

A Study log sheet for you! you may use it and get it completely filled out for extra credit bonus points.

Hello everyone! Another year gone by at Enloe High School. It was an excellent year, I do declare. Enloe is a great place to be, and despite the rumblings at the school board meetings and the uncertainty of the new school board's policies, I have hope that the future bodes well for our fine school community that is Enloe.

In January 2010, our German students took the National German Exam, and a good number of them scored in in the 80th percentile and above! There were several students who scored above the 90th percentile - Alexandra F., Brendan M., Mary Grayson B., Lily H. - and they were eligible to apply for a Summer Study Trip to Germany this summer. Alexandra and Brendan applied and made it to a final round. They didn't get the award, but their efforts in German language have been exemplary!! I was really proud of them!

In March 2010, we traveled to Winston-Salem for the annual German Day festivities, and we scored 2nd overall among the schools who attended! We had lots of winners: in the Kultur-Pokal - Mary Grayson B. Brenna Y. and Megan S., whose winning answer of Walther von der Vogelweide secured their first place win. We earned a third place commendation in the Songs competition with Kelly T., Chloe O., Lucas K. and Matt A. singing a rousing rendition of Moskau. Ann C. scored a first place in the Spelling Bee, which was awesome, and Joel G. scored a third place in the same competition. It was without a doubt a successful, fun day at Wake Forest University with our awesome students.

Because of these successes, the NC Chapter of the AATG decided to award me their annual Duden Award. I was really honored to receive this award, given the high number of excellent colleagues across the state teaching German. Because of our Enloe german students I got this award, so hats off to you all!

I am starting to plan for the GAPP exahcnge....it's that time again! I posted a preliminary document about the trip for 2011 - dates, costs and what not - that you can peruse. This week I'll send CETA Tours, who took care of our Munich arrangements in the summer of 2009, info about our week in Berlin. If you're interested in going on the GAPP trip send me an email at nkandah@wcpss.net and I'll put you on a mailing list. I set up a website for our previous GAPP trip, http://enloe-gapp.blogspot.com/, and you can check it for some highlights of our trip in 2009. It was incredible, and I hope to replicate the experience in 2011!

That's all for now! Have a great summer.
Posted by Mr. Kandah at 8:13 AM No comments: 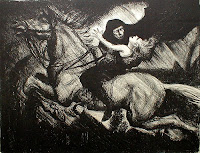 Welches Wort gefällt dir am besten?
Vote for your favorite expression for "super" or "toll"

Jugendliche in Deutschland!
Check out this website and learn some new things that German teenagers do and say.

Deutsch 2
Read the entire text before clicking to see your images!!
Your Fotos! Click to see them and get some information on them - when you find your picture, click the tiny little link underneath the photo called Image Information. Some of your images didn't have this info available. You'll have to guess or make up the technical information on these pictures.

Deutsch 3
Städtebund - die Hanse - a modern manifestation of the Hanseatic League
The Hanseatic League - Primary Sources - in English
List of Hanseatic Cities - with links to basic info.
Posted by Mr. Kandah at 5:39 PM No comments: 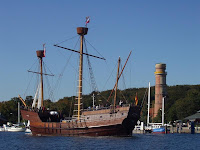 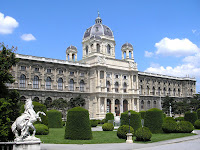 Deutsch 3
Word Clouds - http://www.wordle.net/ - create a word cloud from two lengthy sentences found in our readings on Wien, Prag and Budapest. Print them and bring them to class tomorrow.
Posted by Mr. Kandah at 5:22 PM No comments:

Application for the Summer Study Abroad to Germany Scholarship - for students scoring at the 90th or above percentile on the National German Exam this year. - Chapter 41

Deutsch 1
Cafe Phrases to use on Friday

This week the National German Exam will be administered. On these days, the exam will take place during 1st and 2nd period in room 0618. Mrs. Tolomeo will administer the exam. Bring several number 2 pencils. Here is the schedule:

Here is a list of participants and a summary of the testing information.
Sound Files for Download